Local Dog Photographer Jim got the pleasure of meeting Lee, an incredibly intelligent ‘dawg’ so much so, he would not go out of the door until Joe said “go”,  Lee could jump up and give a high five and if you pointed your fingers at him, and said “bang”, he would fall to the ground, roll over and play dead.

Before photographing any breed for the first time, I like to take some time out to learn a little more about the breed so I am prepared for the Dog Photoshoot.  This blog is all about what I learnt with some pictures from the photo session with Lee at our Swaffham Studio, Norfolk 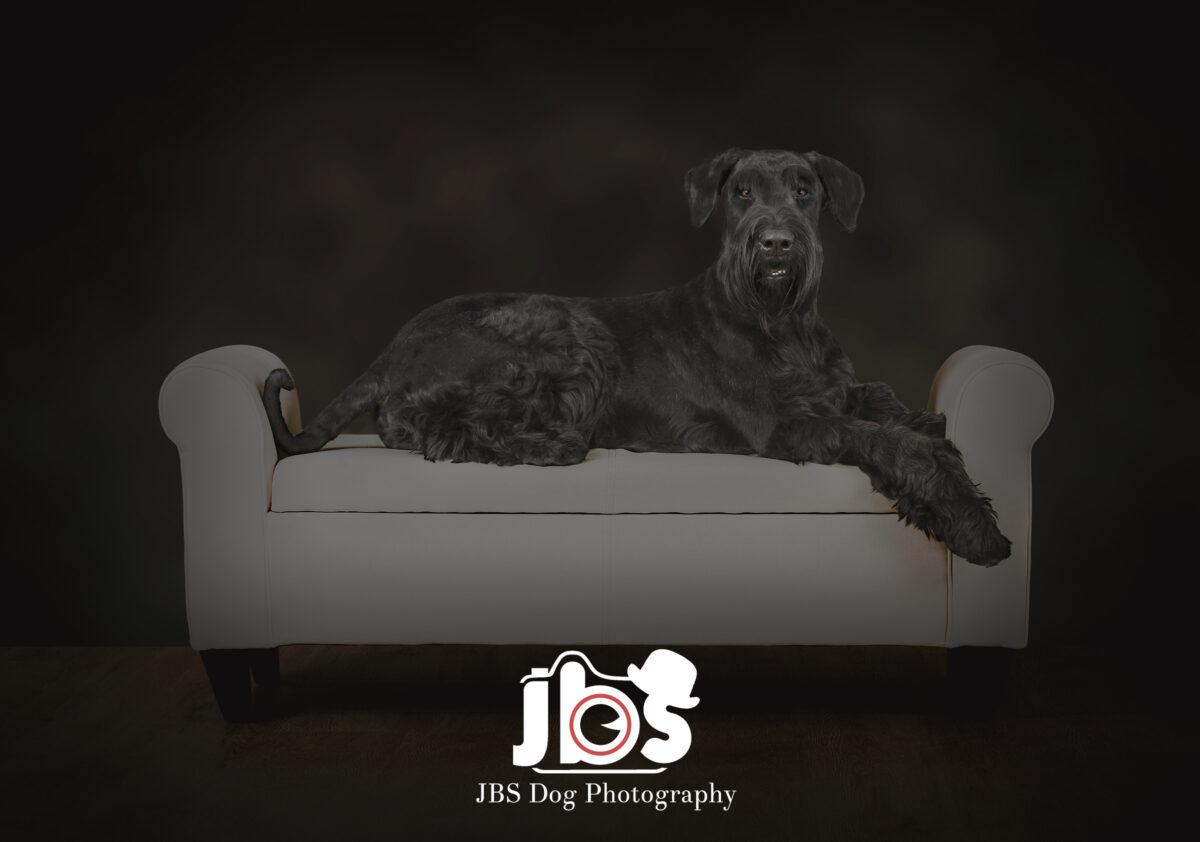 The Giant Schnauzer was also known as the Munich Schnauzer developed in the 17th century in Germany, and is larger than both the Standard and the Miniature Schnauzer.
Originally bred to drive cattle to market and to guard the farmer’s property before being utilised in the city to guard shops and factories, to then be used by the German Military and Police force.
It was not until the early sixties the first Giant Schnauzer was seen in the UK. It took ten more years for the breed to make its mark in the dog world. Today the Giant Schnauzer is one of the more popular breeds in the UK. 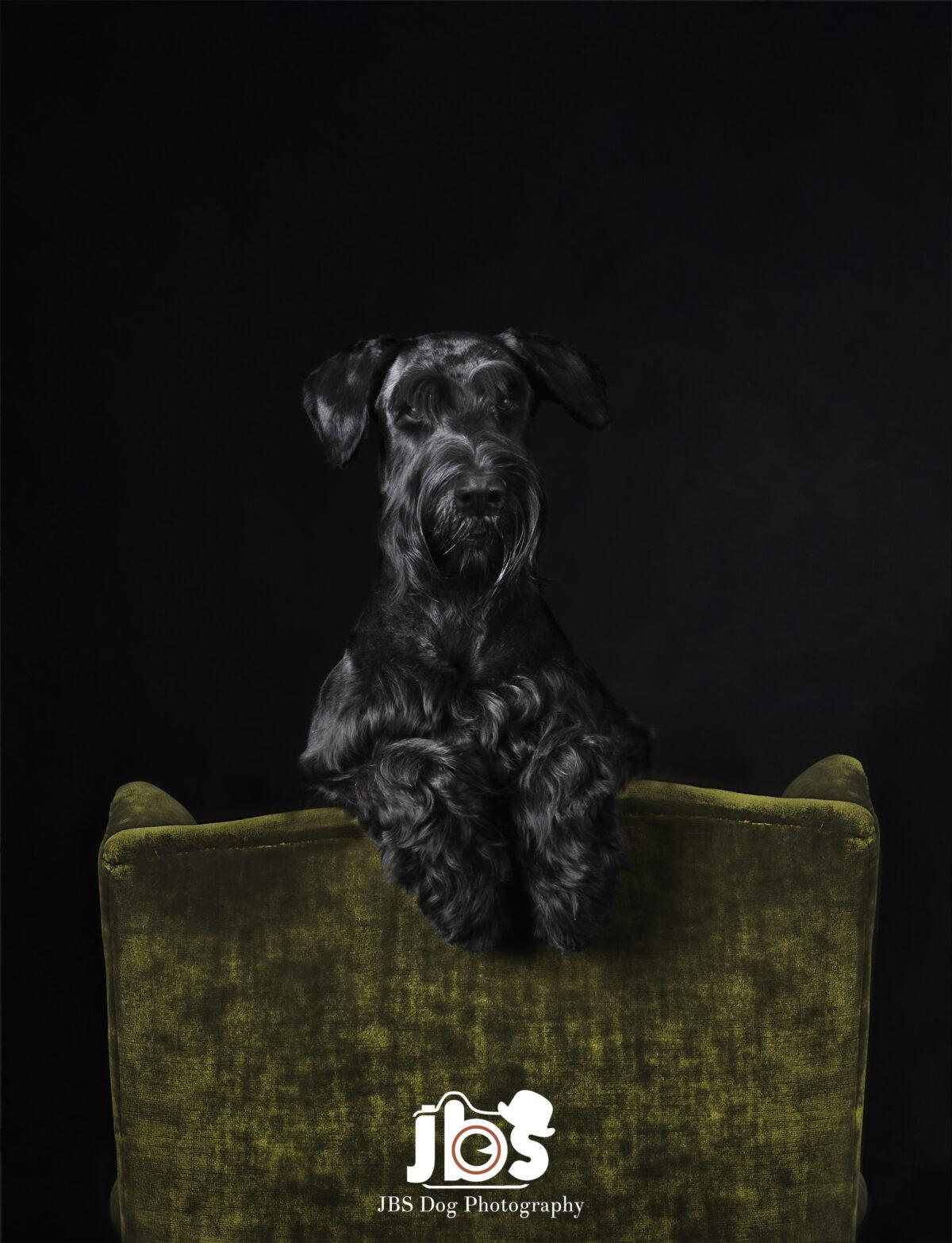 Although the Giant Schnauzer is called ‘Giant’, this is only in comparison to the standard and miniature Schnauzer, and not in comparison to other large dog breeds such as the Great Dane.
An impressive looking dog with a wiry, harsh topcoat that is high to maintain as they have to be groomed using the hand stripping technique typically every 8 to 10 weeks. They do not shed their hair like other breeds and they are messy drinkers and eaters.
There are two colours approved by the Kennel Club which are as follows: 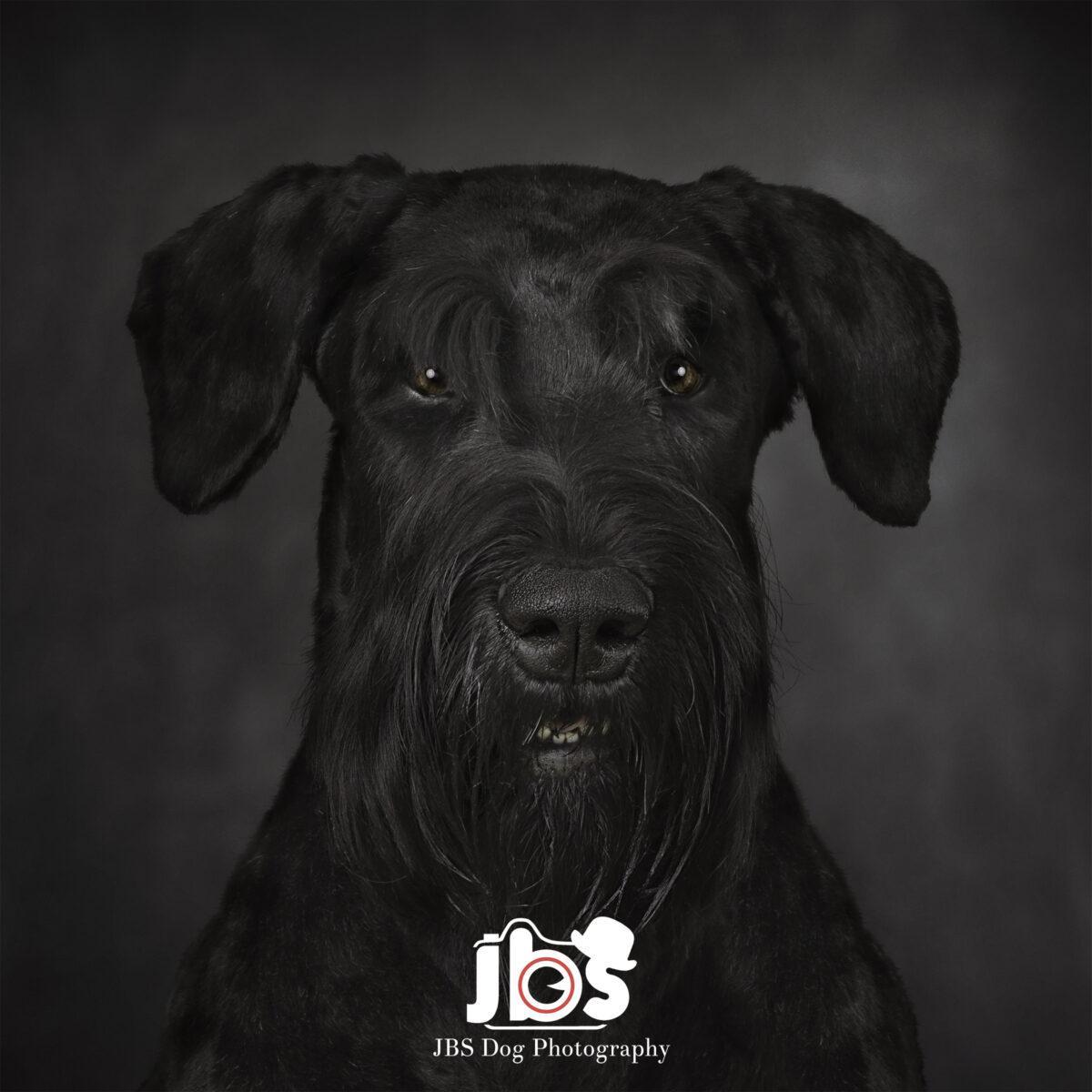 Inherently suspicious of strangers but once you have been introduced as a friend of the owner, then they will treat you with good nature and calmness.
A very territorial and loyal dog who will protect the family, and can be trusted with children.
Lots of energy and very intelligent but can become bored very easily, so if they are not entertained, they can be a little destructive. The puppy year is going to keep you entertained and you might think “what have I done?” But do not worry after their first birthday they will begin to mature and will become an amazing ‘dawg’ and an important member of the family.

Looking to get your Giant Schnauzer Photographed in Norfolk?

We loved photographing Lee and are looking forward to meeting your Giant Schnauzer, so why not contact us today and let’s chat about how JBS Dog Photography can create some memorable images that you will cherish forever.