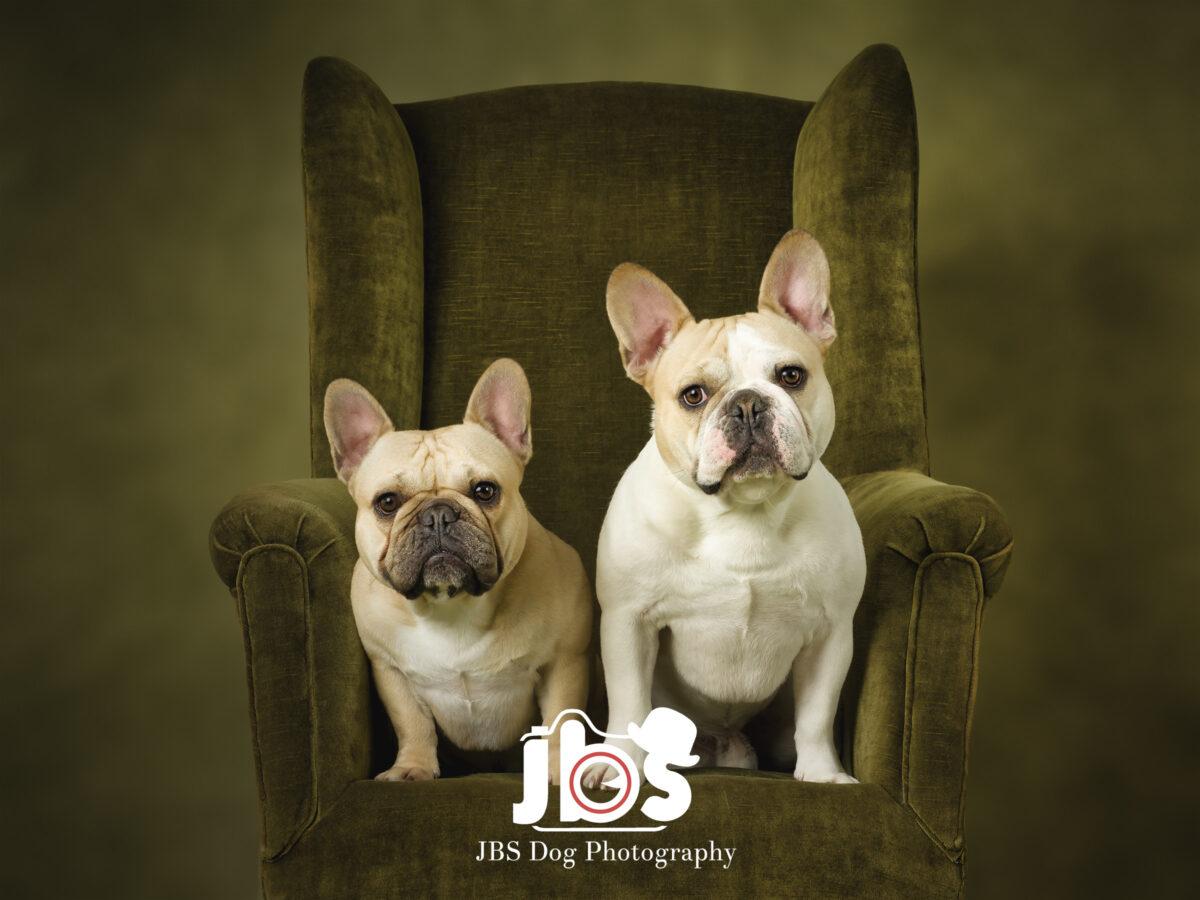 Before photographing any breed for the first time, we like to take some time out to learn a little more about the breed so we are prepared for the Dog Photoshoot.  This blog is all about what Karl and I learnt with some pictures from the photo session with Gino and Arnie at our Swaffham Studio, Norfolk 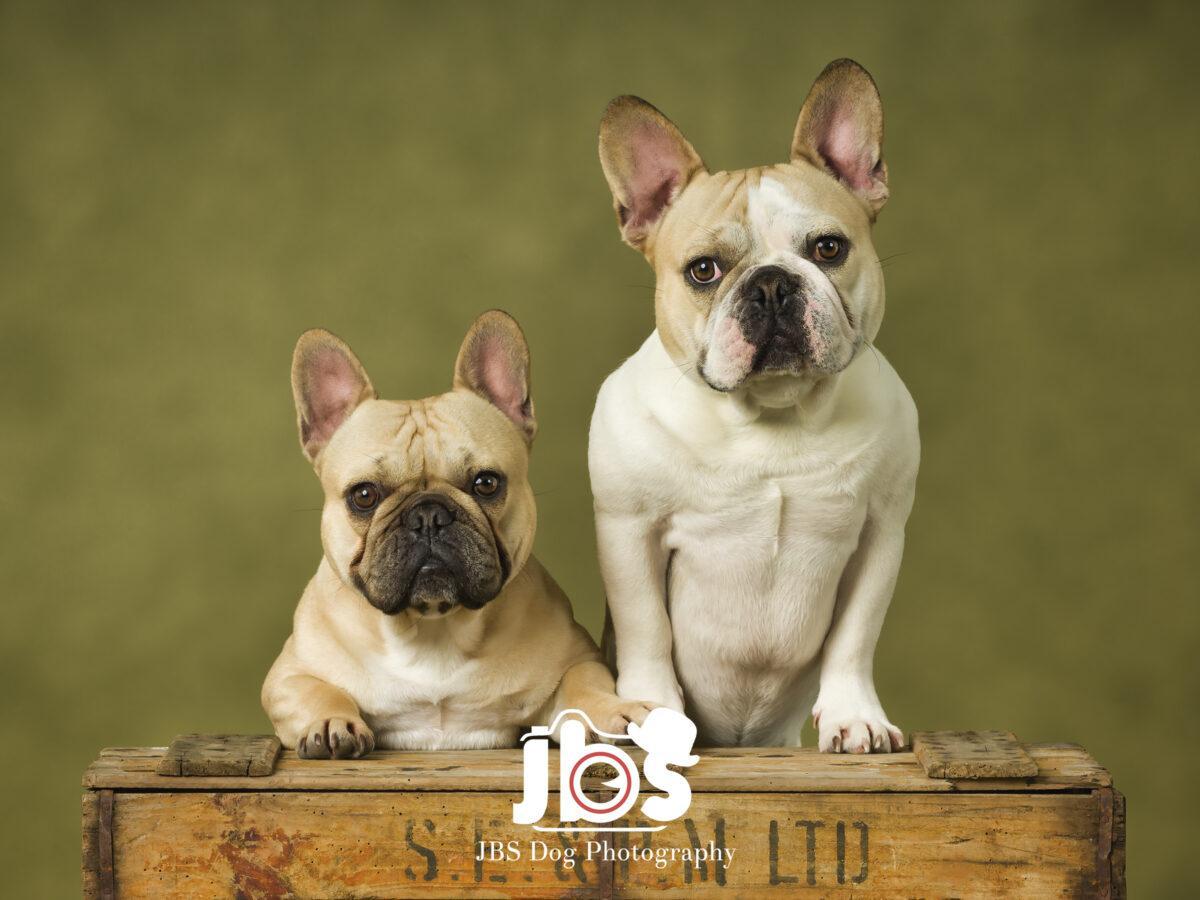 Today’s Frenchie descends from the dogs of the Molossians, an Ancient Greek tribe. British Molossian dogs developed into the English Mastiff, and a sub-breed of the Mastiff was the Bullenbeisser. The Bullenbeisser was also known as a German Bulldog, a very strong dog with high agility and commonly used for bull-baiting. Bloodsports were outlawed in England in 1835 leading to the extinction of the Bullenbeisser.
The actual origin of the French Bulldog is not 100% clear, some believe they originated by crossing an English Bulldog with a terrier and then taken to France by Nottingham lace workers during the industrial revolution of the 1800’s. Others believe the French Bulldog is descended from the Chincha Bulldog, a breed native to ancient Peru and is now extinct. 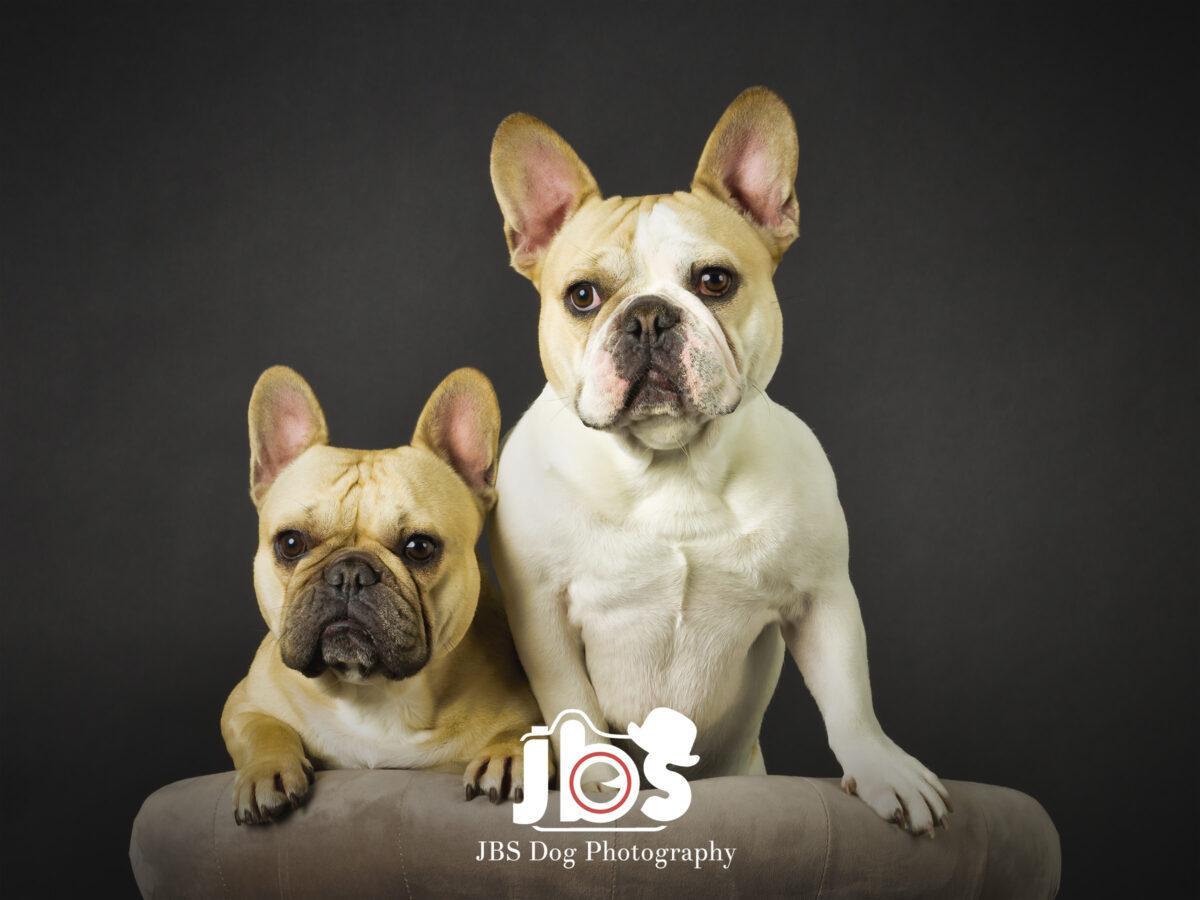 Small extremely muscular, looking dogs with a smooth coat and a large square slightly rounded head with skin folds and wrinkles The coat is short and fine, coming in a variety of the following colours which are accepted by the Kennel Club :

Blue/lilac, black and tan coloured Frenchies are undesirable to Kennel Club breed standards although a Frenchie may still be KC registered, but their official documentation will clearly state “Colour Not Recognised”. 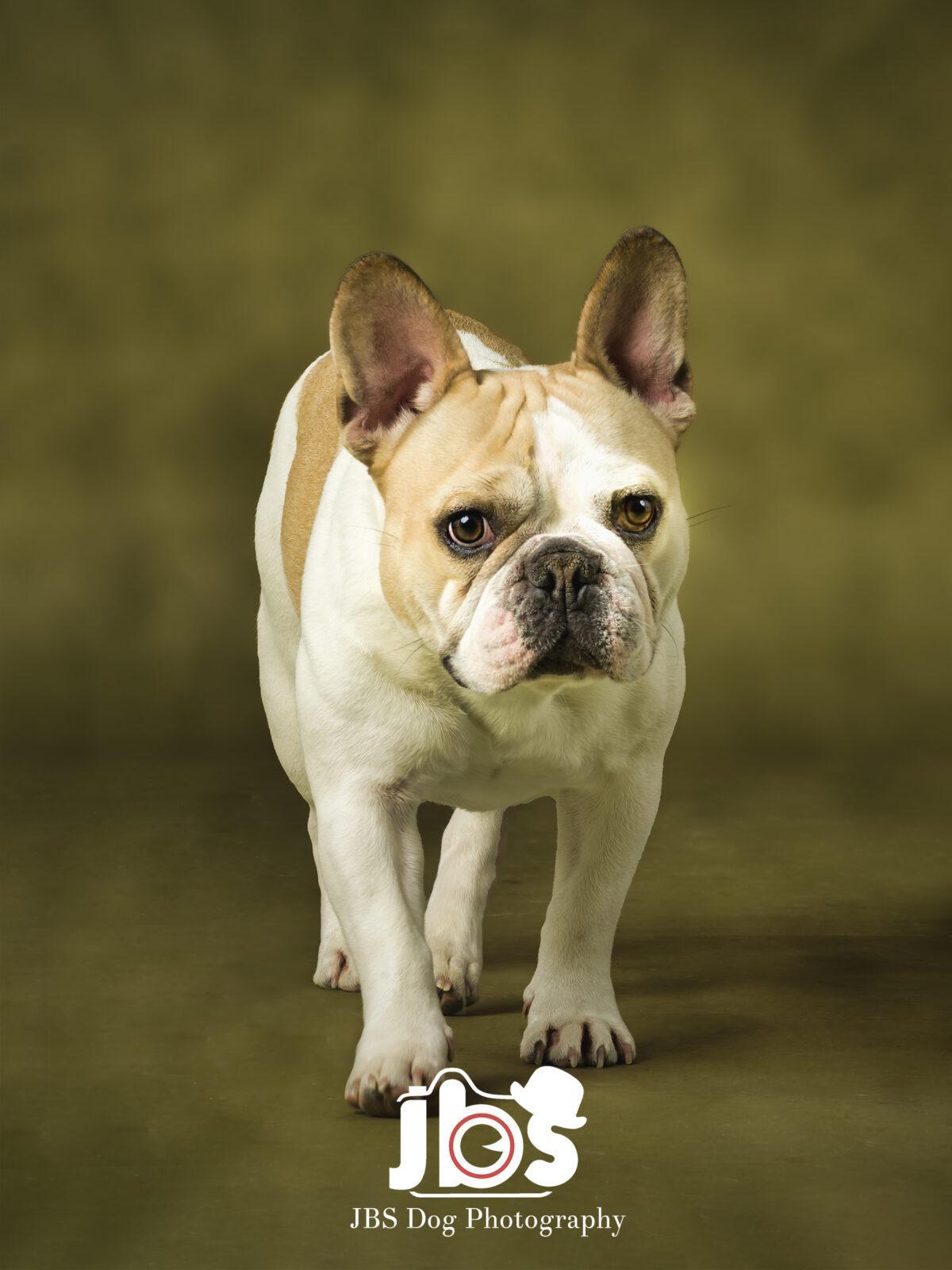 Your Frenchie will always be amenable and eager to please you and will be happy to sit on the sofa with you, making the perfect choice for those who want to have a quieter life and is also a great choice for owners of smaller homes.
Obesity is a real problem for this breed, so if you want your Frenchie to stay muscular and fit with a long lifespan, then they will require at least one hour of exercise each day. 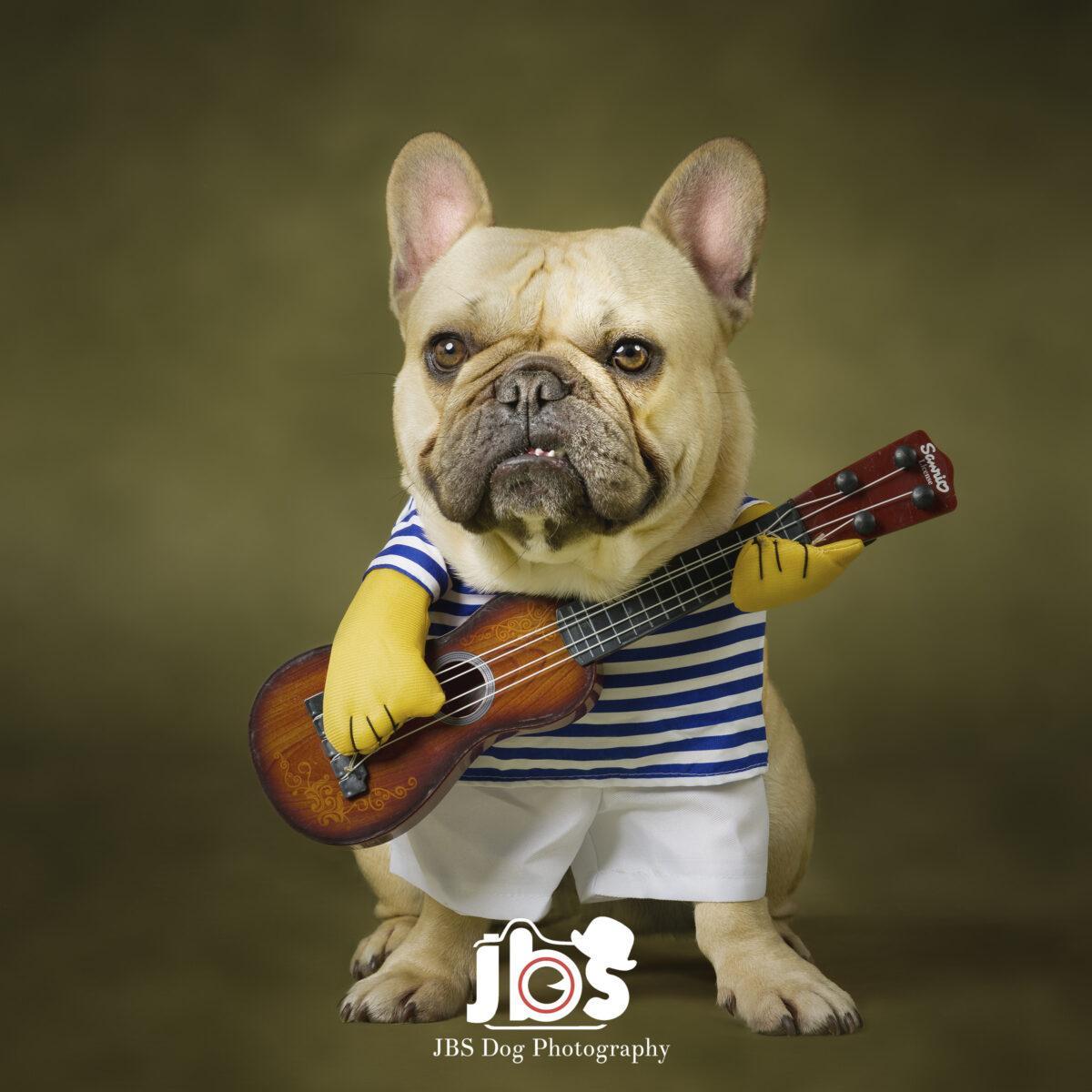 Looking to get your French Bulldog Photographed in Norfolk?

Norfolk Dog Photographers, Jim and Karl would love to meet your French Bulldog and capture some memories that you can cherish forever, so why not call us today and book in for a memorable dog photography experience.