Norwich Dog Photographer Jim, got the pleasure of meeting Raven, a massive Irish wolfhound with quite a free spirit! 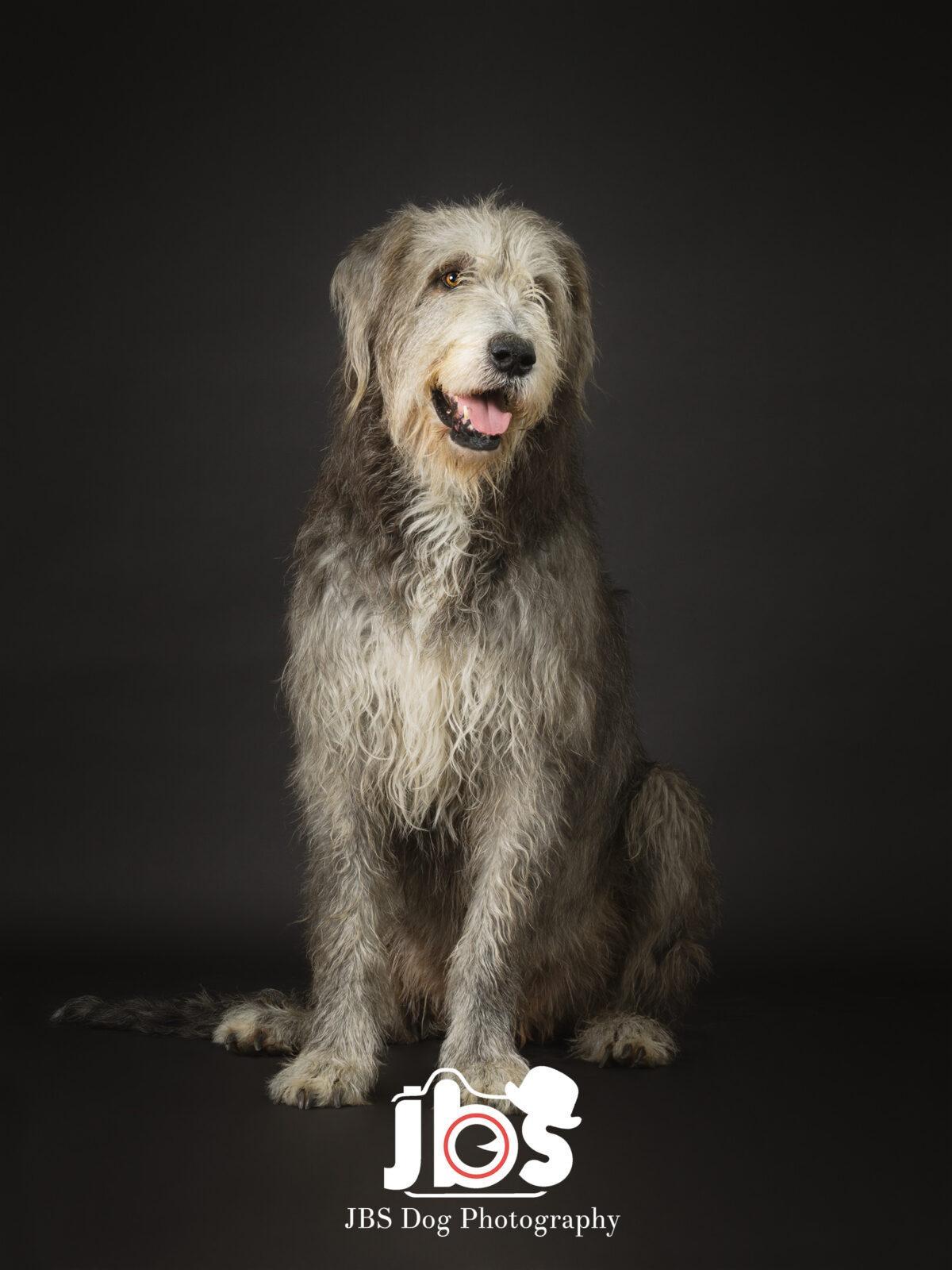 Before photographing any breed for the first time, I like to take some time out to learn a little more about the breed so I am prepared for the Dog Photoshoot.  This blog is all about what I learned with some pictures from the photo session with Raven at our Swaffham Studio, Norfolk 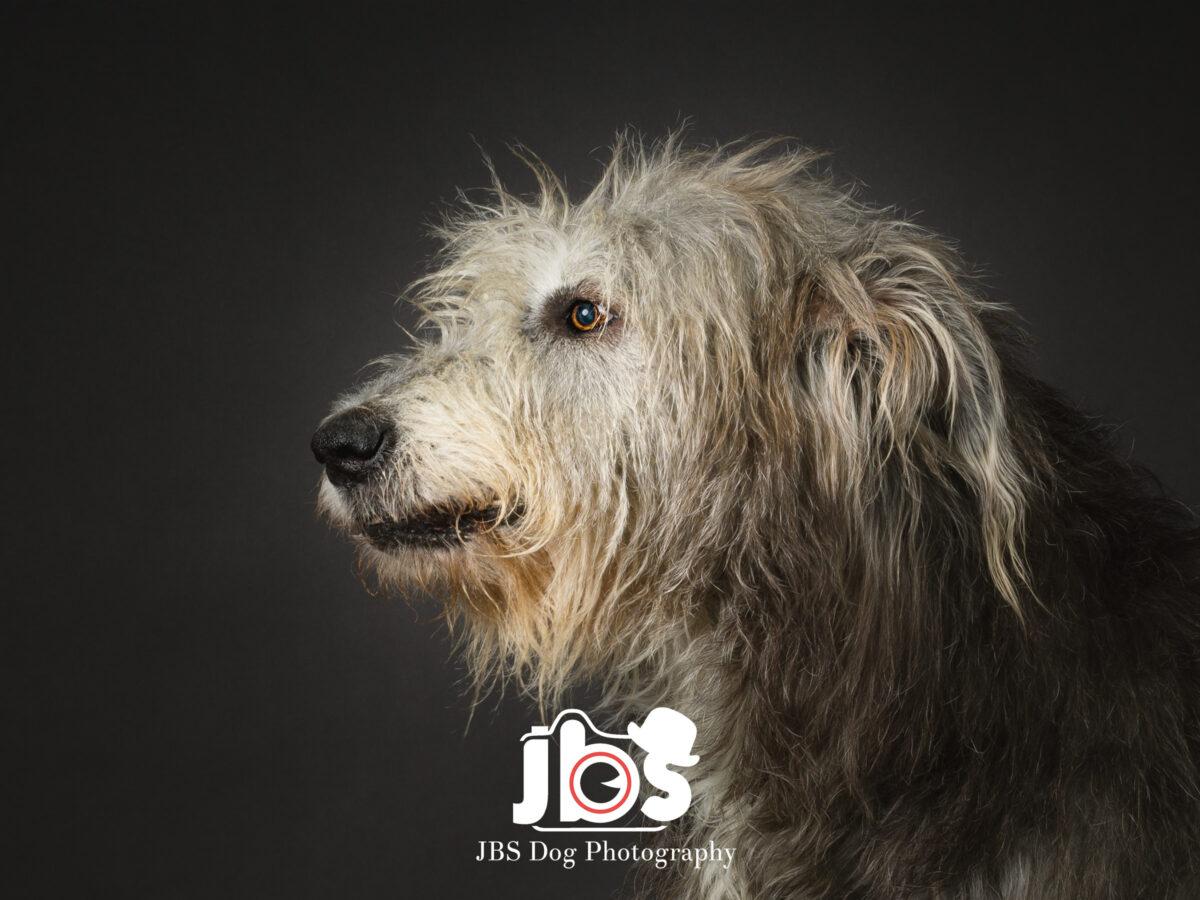 As the name suggests, this breed originated in Ireland and had shown to be a formidable war dog and hunting dog. Believed to have been around since 7000 BC making them one of the most ancient and the largest breeds on the planet and of the hound breed too. Their name in ancient times was “Cu” which translated from ancient Irish means hound, war dog, wolf dog and Irish Hound. There is also mention of this breed in Irish laws that have existed well before Christianity. There are also records of them in a lot of ancient Irish literature written back in the 5th Century.
Due to their popularity, many were exported to European royal houses leaving numbers in Ireland depleted. This led to a declaration by Oliver Cromwell being published in Kilkenny on 27 April 1652 to ensure that sufficient numbers remained to control the wolf population. Coming close to extinction in the 19th century after wolves, deer, and wild boars had largely disappeared in Ireland, however, in 1902 the Irish Wolfhound became the regimental mascot of the Irish guards ensuring its existence. 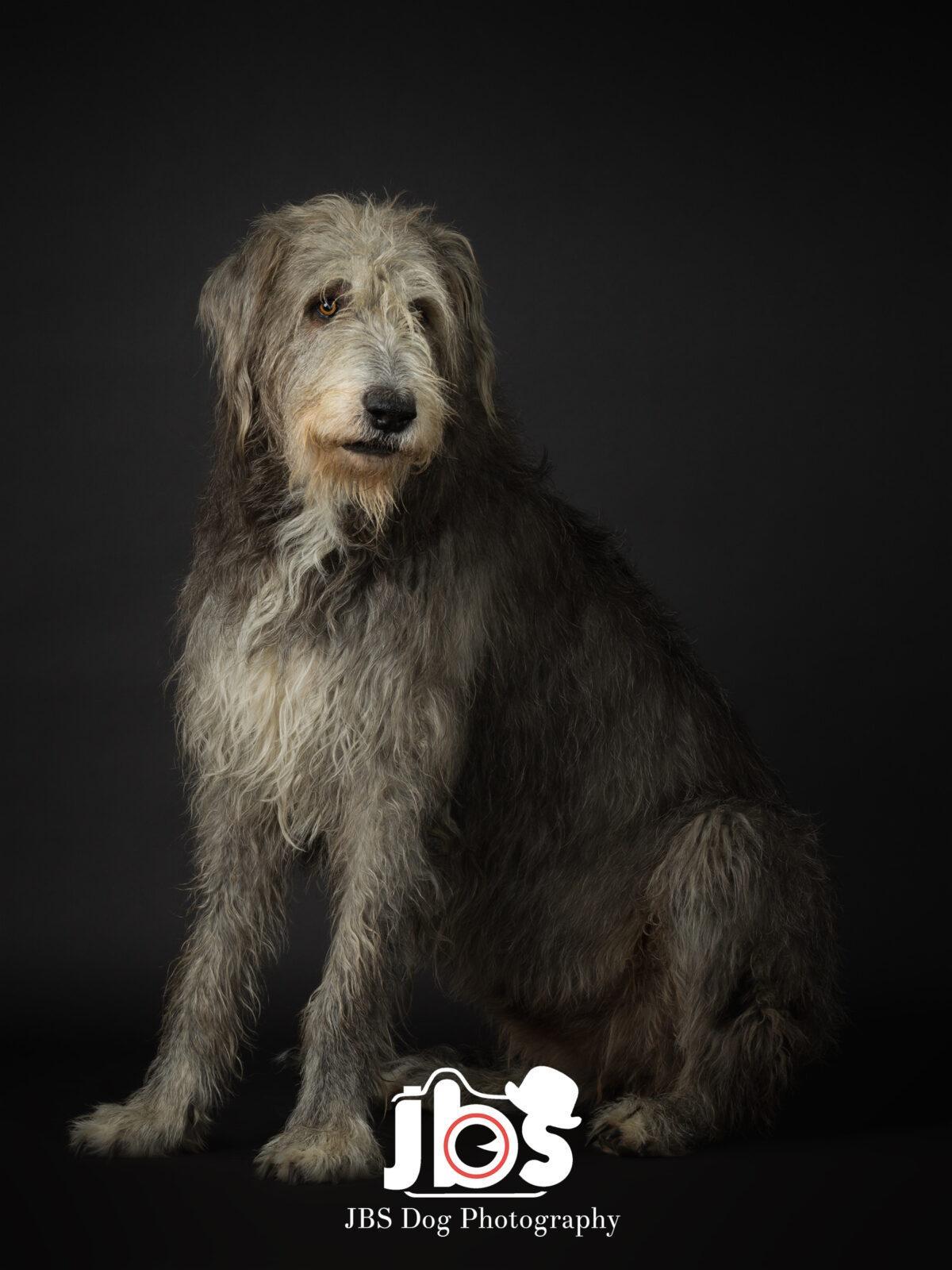 One of the tallest of all dog breeds, and when they first appeared on the scene all that time ago, they had either a smooth or a rough coat, but today have coarse, rough coats that match their overall appearance perfectly.
Their head is long with oval-shaped and dark in colour eyes and small, rose-shaped ears.
The recognised colours for Kennel Club registration are as follows: 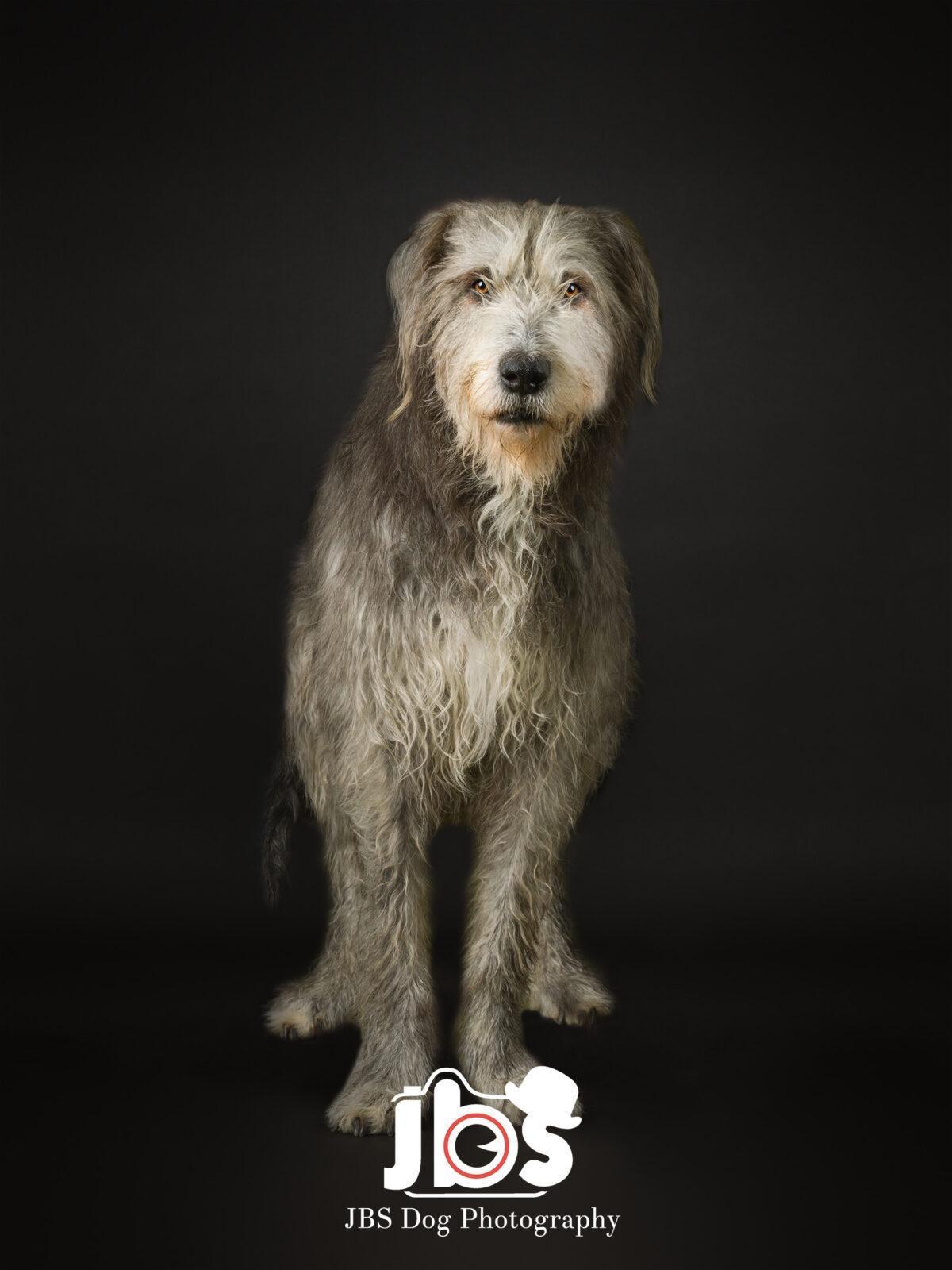 With a short life span of just 6 to 8 years, this breed is a gentle giant who gets along with everyone, including children and other dogs. Given the chance, he will be a couch potato but if a long walk is on offer he will truly love to go with you.
This gentle giant is not the ideal watchdog and probably won’t bark an alarm, but I am sure any intruder would soon think twice when they come face to face with this 90cm, 60+ kilo ‘dawg’. 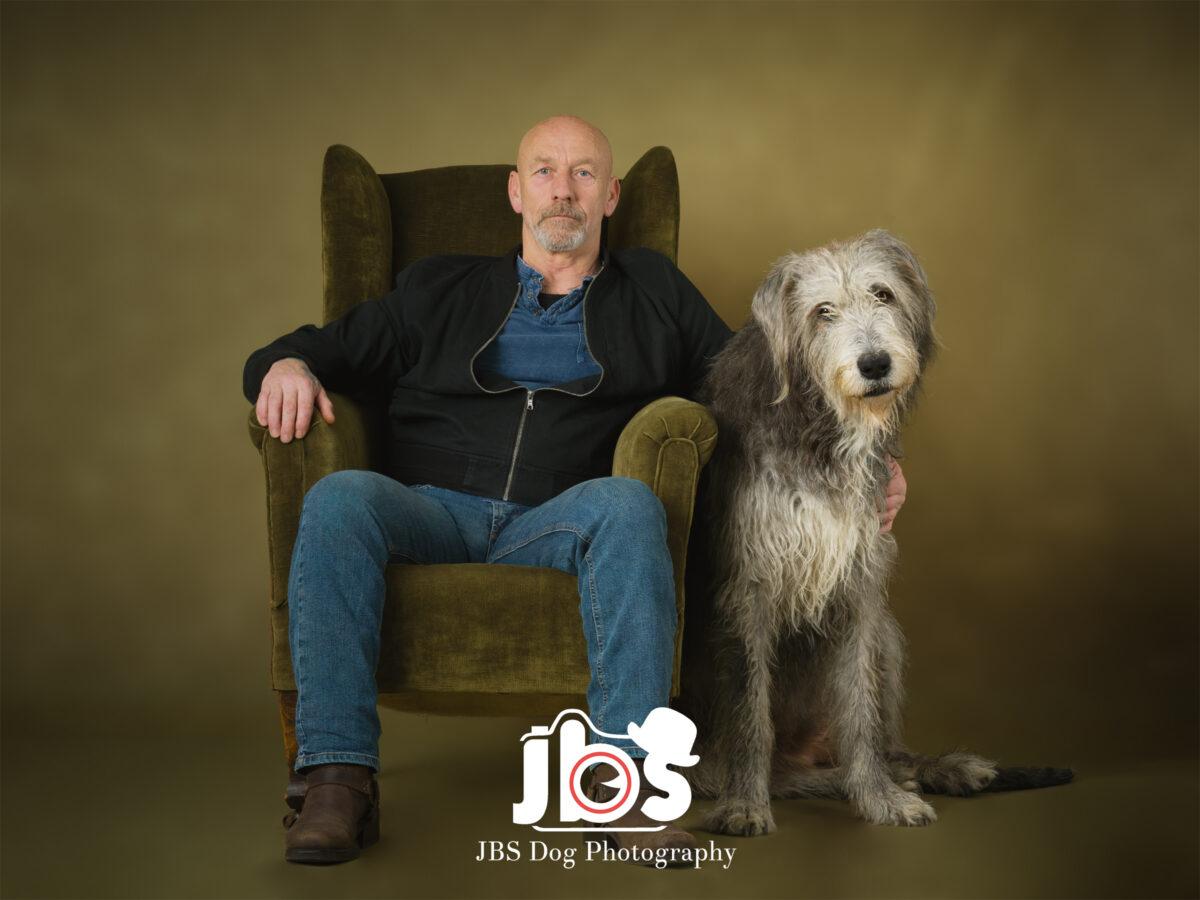 Looking to get your Irish Wolfhound Photographed in Norfolk?

Norwich Dog Photographers, Jim and Karl loved photographing Raven and would very much like to meet your Irish Wolfhound to capture some memories that you can cherish forever, so why not call us today and book in for a memorable dog photography experience.